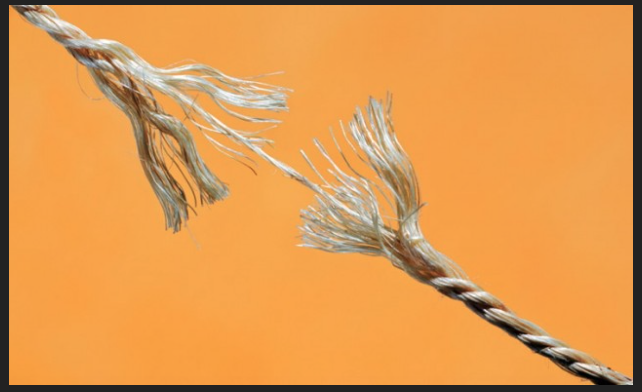 By Cross and Ginger

Sometimes when we are so embroiled in something, it’s hard to see the wood for the trees.  The journey through suspicion, diagnosis, school, EHCP and attempting to remove the barriers to learning have all taken their toll.  Some days I’ve felt a bit like when I had newborns at home – just stepping through the basics and trying to keep everyone clean, dry and fed.  A sort of woolly absent feeling.  And then the tiniest thing snaps me back to reality. I think they are similar to what addicts describe as “moments of clarity.”

The other week, eldest child was off school.  He was off with a tummy bug, and overlaid with his sensory issues, life was tense as he wrestled with deeply unpleasant physical sensations he couldn’t control.  I took him with me on the school pickup, hoping that I could be in and out in less than fifteen minutes, and quickly back home again.  In that time, my poor child exploded from everywhere except his ears.  He was in the back and in the rear view mirror I could see him frantically stripping everything off.  I pulled into school, and decided that the very best thing I could do was grab my other younger children, strap them in any available seat, and leg it. So, somewhat splattered, I ran as fast as my crap bra would allow, and tried to get the other kids. And of course it was this very moment that one of their teachers insisted that she needed to speak to me urgently. Urgently. At that moment, the word had a different significance to me, but I took a deep breath and waited to hear what urgent thing couldn’t wait until the morning.

The teacher, unaware of the carnage in my car, slowly explained how she was concerned that we were often late, that it was really affecting my child’s education, and really I Could Do Better.  She was right about the lateness.  Except of course it wasn’t lateness as such. I live in mortal fear of being early, because being early means crowds and unstructured time, and both are like spiking a toddler’s juice with RedBull as far as my kids are concerned.  So we have a carefully timed routine to get to school at the very last minute, thus avoiding at least some of the meltdowns which come with transitioning activities. Sometimes, it doesn’t go to plan.  A sock may have a bump, a shoe may be too tight/lose/wrong, you get the picture.  And no amount of coaxing, bribery, cajoling and frankly, shouty crackers hissy fits will make things any better, it will only make them worse. On those mornings we are late.

On a different day, I would have kindly explained this for the eleventy millionth time, but this particular pick up didn’t have me in the mood for chat.  So I listened as politely as I could to the sterling suggestion of that I could get someone else to do the school run with the younger ones (how I wish!) but when she said perhaps we could “just put all the clocks back” I thought of the poomageddon awaiting me, and hurried away.  If I had stayed, I truly don’t know what might have come out of my mouth.  I suspect either language which would stop a train, or perhaps just a long high pitched scream.  Luckily neither happened.  The sight that met me when I got back to the car reminded me of Game of Thrones Red Wedding, except it was brown.  I cleaned up and sorted out as best I could, and after a good pressure wash, both car and kids were soon sparkly again.  But all the time I kept thinking “Put the bloody clocks back? She just doesn’t get it.”

I put it down to the ever increasing list of “not getting it” that kept happening at school, and burrowed further into the legal aspects of the onerous EHCP tribunal process.  We weren’t contesting placement, mainly because we hadn’t found an alternative and also because maybe deep down I thought that school might just catch on to themselves and “get it” if only I tried hard enough to explain.  His teaching ratio was changing from 1:2 to 1:15, and both his class and teacher would be different. Requests for more support were  explained away with “well he was using someone else’s TA this year so that can’t happen again” or just downright ignored.  Yet on I battled.

We were getting towards the end of term, each morning was a trial to get them all in, and each evening I’d be met with silent withdrawal and meltdown from a child who had clearly held it together all day.  On the day that all the children see the new classes for the next year, his new teacher stopped me at pickup.  She was trying to be reassuring but her words were like a cold hand around my heart.  She said “He’s had a great day and has been lovely and calm and focussed the entire time.”  I think I was meant to reply with “Brilliant, he will be fine despite everything changing and school cutting most of his support” but I was hit by a strange and unfamiliar feeling.  I didn’t recognise it at first, but I suddenly saw things differently.  They didn’t get it, they didn’t want to get it, they would never get it, and my child would inevitably fall to bits as soon as he was safe at home.  The rush of “Oh I absolutely cannot be arsed with this for a single second more” struck me dumb.  We went home, and haven’t been back to school since.

I didn’t pull my son out because of one single comment, but it absolutely was the final straw that broke my back.  Removing the weight of his school’s deliberate misunderstanding has been liberating.

Don’t forget to sign up to follow our blog if you wish the receive notice each time a new one is published.

8 thoughts on “The Final Straw”